Very-high energy (VHE) gamma rays—covering photon energies from ~100 GeV to >100 TeV— originate from the interaction of highly relativistic particles with gas particles, or with radiation fields. These highly relativistic particles are also detected on Earth and are known as cosmic rays. Since charged cosmic rays are deflected by magnetic fields before being detected, we cannot use them directly to infer from which sources cosmic rays are originating. Gamma rays offer therefore the best tool to identify the sources of cosmic rays in the sky. The gamma rays sources are in most cases energetic sources, such as accreting black holes (in the Milky Way or in the cores of other galaxies) or caused by energetic explosions such as supernovae and gamma-ray bursts.

A potential other source of gamma rays is dark matter annihilation. According to some theories dark matter consists of ubiquitous, but unidentified, massive neutral particles, which only weakly interact with each other, or other forms of matter (WIMPs or weakly interacting massive particles). However, WIMPs may self-annihilate, producing energetic known particles, which in the end will produce gamma ray signals. Finding such signals in the gamma rays provide one of the means to learn about the nature of dark matter. 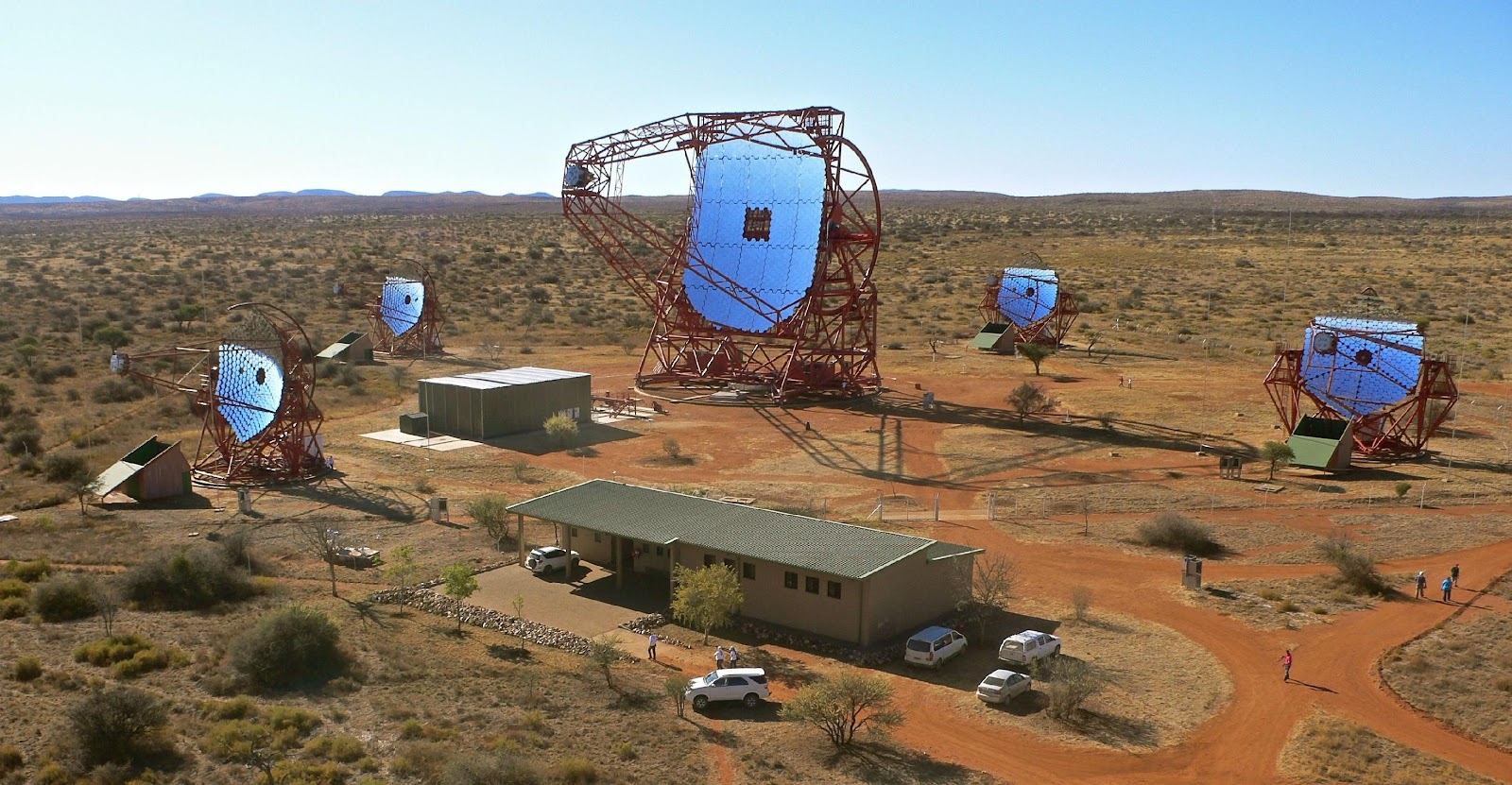 At GRAPPA we are involved in two VHE gamma-ray experiments: the High Energy Stereoscopic System (H.E.S.S.) located in Namibia (see Fig 1.) and the Cherenkov Telescope Array (CTA) to be built in two locations, on La Palma—covering the northern hemisphere—and in Chile—covering the southern hemisphere. Fig. 2 shows an artist impression of CTA.

Both H.E.S.S. and CTA are so-called imaging atmospheric Cherenkov Telescope (IACT) arrays. IACTs detect the faint bluish light that accompany charged particles that move through the atmosphere faster than the local speed of light. These charged particles are produced whenever a VHE photon interacts with particles in the atmosphere, typically producing energetic electron/positrons pairs, which in turn will also produce more gamma-ray light and secondary charged particles. As this happens repeatedly this results in a cascade of particles, which produce a nanosecond flash of Cherenkov light. By imaging Cherenkov light, the brightness and direction of the light bundle can be used to reconstruct the energy and original direction of the original gamma-ray photon. Also cosmic-ray particles produce particle cascades, but these produce light cones that are wider, which allows for separating cosmic rays from photons entering the atmosphere.

H.E.S.S. consists of five telescopes, which makes it more likely for the photons to be detected. Moreover, by detecting a Cherenkov event with multiple telescopes, from various angles allows for triangulation of the flashes, which results in a more accurate reconstruction of the direction from which the original gamma-ray photon arrive. In other words, stereoscopy results in sharper gamma-ray images. 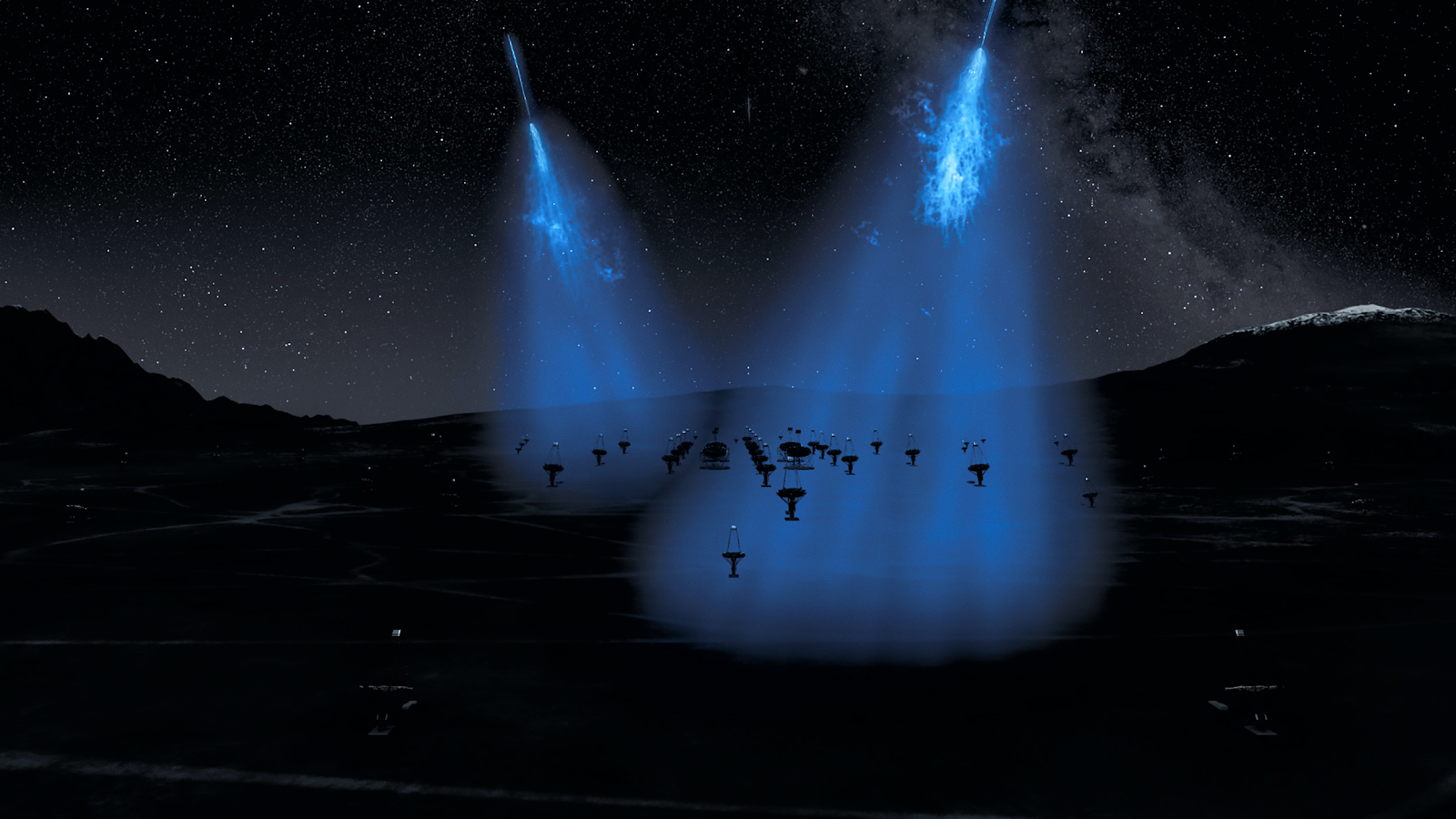 Fig. 2: Artist impression of CTA observing light from two Cherenkov events. The narrow cone on the left depicts a shower induced by a VHE gamma-ray photon.

CTA is global gamma-ray observatory, which will improve on the stereoscopic concept by employing many more telescopes spread over a large area. The size of the array will lead to more events being detected, but also to better determine the gamma-ray photon directions. For example, CTA-South will consist of 37 small-sized telescopes (SST, 4m class) telescopes and 23 medium-sized telescopes (12m class) to achieve a sensitivity that is a factor ten better than H.E.S.S. (Fig. 3). The array is expected to be completed by 2028. 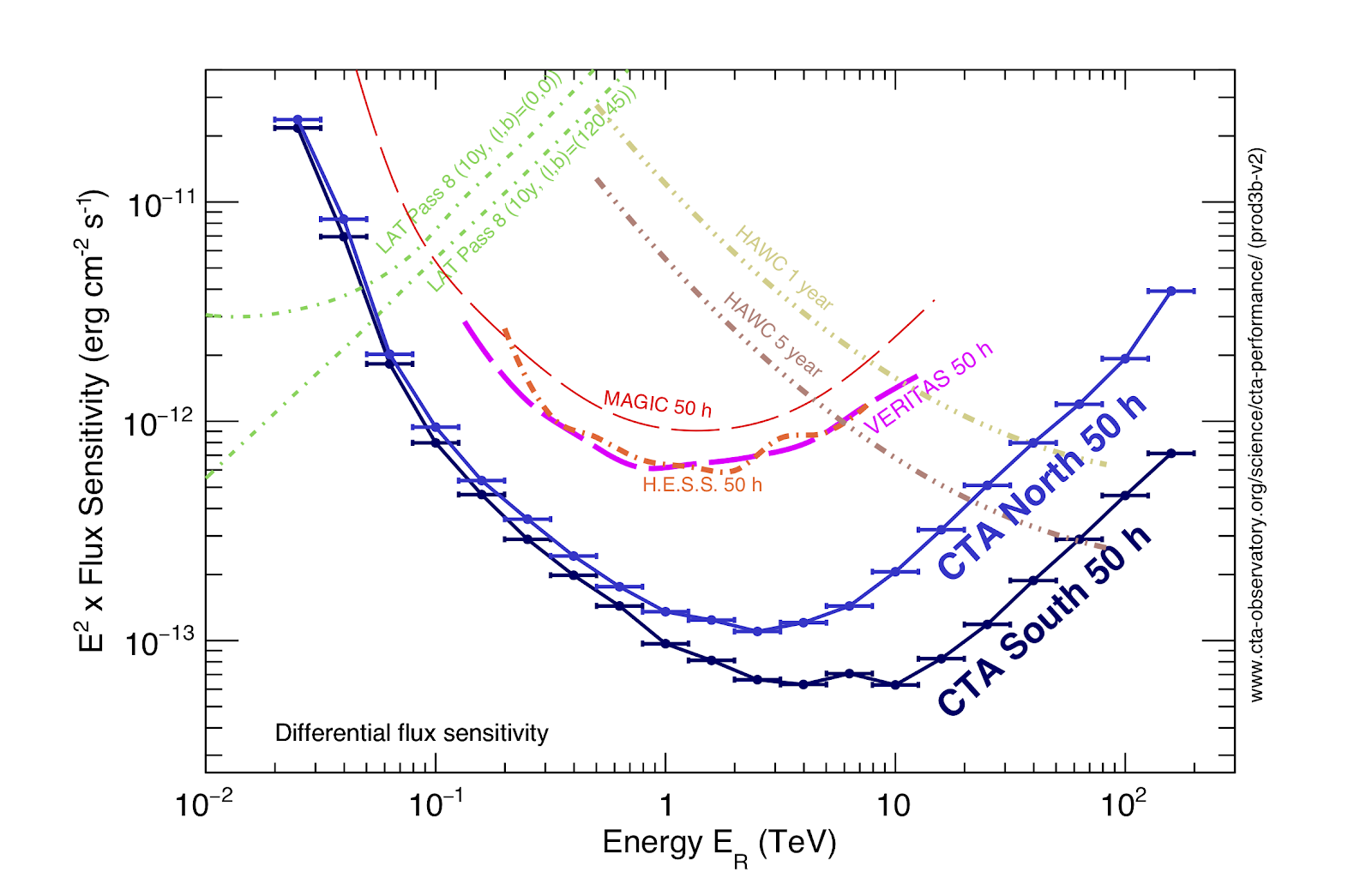 GRAPPA member Jacco Vink is a member of the H.E.S.S. collaboration, and is currently functioning as its chair of the astrophysics department of H.E.S.S. GRAPPA members Jacco Vink and Sera Markoff are also members of the CTA consortium and are members of the SST camera consortium, which will build 37 cameras as part of the SSTs consortium. This is an international consortium (Germany, UK, Japan, Netherlands, Australia), which in the Netherlands also involves the Kapteyn Institute and the NOVA submm lab in Groningen. 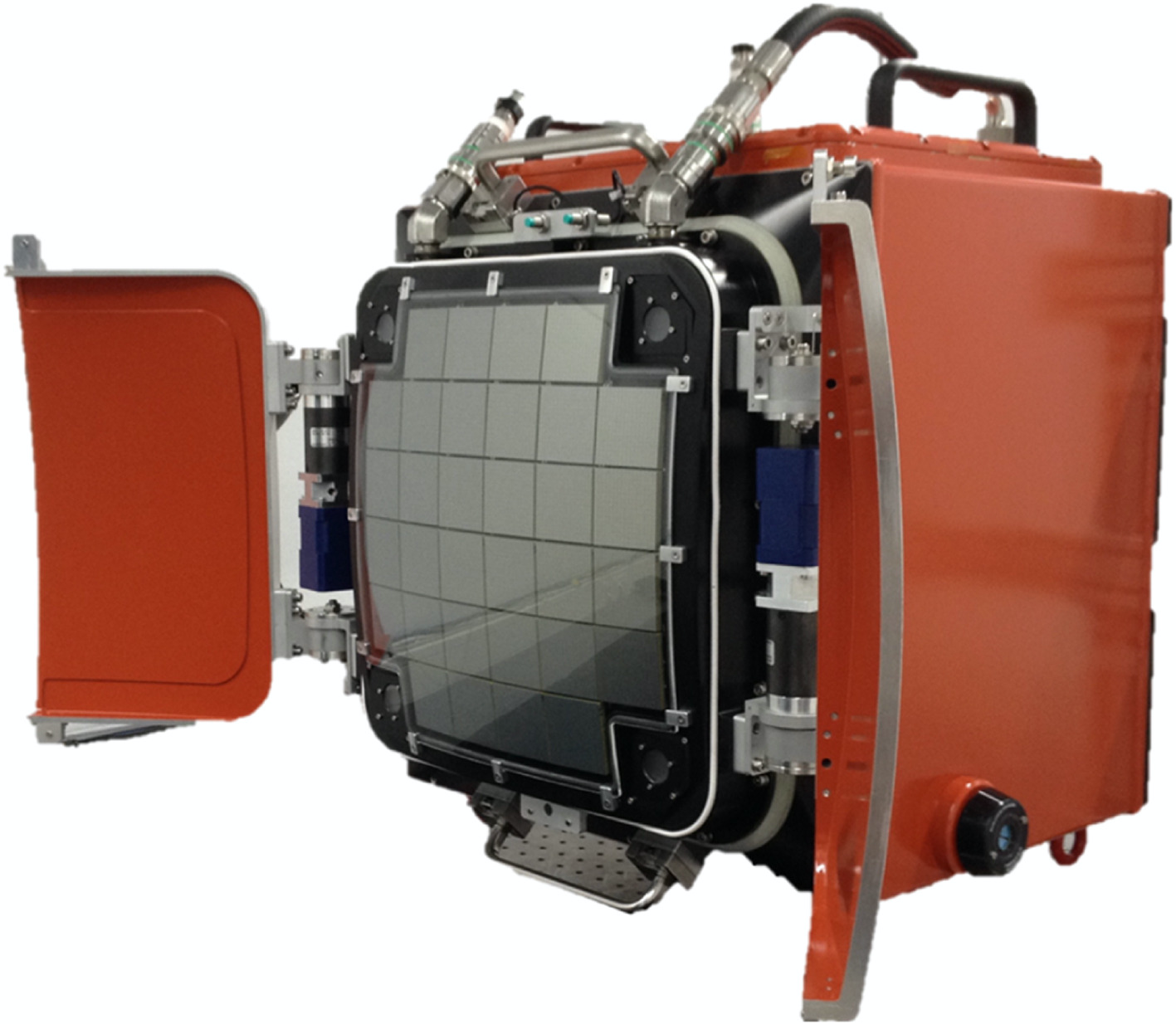 Fig. 4: Prototype camera for the small-sized telescopes. This camera is relatively compact, as the telescopes will have two mirrors, resulting in a small focal plane. The detector plane will have 32 silicon photomultipliers (SiPM), each having 64 pixels.